The Importance of Meeting Legislation 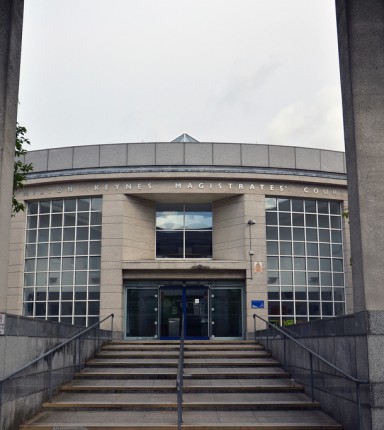 Three men were handed suspended prison sentences and left thousands of pounds out of pocket after admitting selling illegal car number plates on the Internet from a business based in Newton Longville. Steven John Clarke,32, his father John Charles Clarke,70, and their associate David Bagnall, 50, appeared at Luton Crown Court on Friday for sentence, after

previously admitting conspiracy to commit Trade Mark Act offences under s1 of the Criminal Law Act 1977. His Honour Judge Stuart Bridge, described Steven Clarke as utterly brazen and “breathtakingly contemptuous” after hearing how Clarke continued to trade in illegal number plates despite having a prosecution pending for similar offences.

Steven Clarke was also ordered to pay £200,000 to Milton Keynes Council for prosecution costs and was made the subject of a £25,000 Confiscation Order, under the Proceeds of Crime Act 2002.Confiscation orders were also granted against John Clarke and David Bagnall of £25,000 and £10,000 respectively.

The court had heard how the business ‘number1showplates’, which was set up with the help of Steven Clarke and run by John Clarke, other members of the Clarke family, and David Bagnall, sold vehicle registration plates via the internet. The problem was that the business offered to apply car trademarks (logos) to the number plates without the authority of the trademark holder, an offence under the Trade Marks Act.

The unlawful additions of these logos actually made the number plates illegal to use on the road. The judge’s criticism came after Steven Clarke had previously pleaded guilty to similar offences of applying trademarks to vehicle registration plates in December 2011, while a director of the business No1 Showplates Ltd.

The investigation was carried out by Milton Keynes Council Trading Standards supported by the National Trading Standards, tri-regional scambusters. In setting up number1showplates, the defendants went to great lengths to try and ‘hide’ their business to ensure that they wouldn’t be detected by Trading Standards. They put a fake Irish address on their website, didn’t put their business name and postcode on the plates (as required by law), operated the business from a unit in a garden in Newton Longville and had deliveries of blank number plates sent to an address in Buckingham.

Councillor Mick Legg, MKC’s Cabinet Member responsible for Trading Standards said;“In applying unauthorised trademarks to vehicle registration plates, the business ‘number1showplates’ sought to gain a competitive advantage against reputable, law abiding, number plate businesses. Moreover, unsuspecting customers of ‘number1showplates’ may have believed that the number plates bought from the business were legal to use on the road when in fact they were not (only certain flags and the Euro symbol are permitted to be displayed on a vehicle registration plate). I am pleased that Milton Keynes Trading Standards is continuing its valuable work to maintain a level playing field for businesses in Milton Keynes and ensuring that consumers are protected.”

Part of the Zell-Em Group